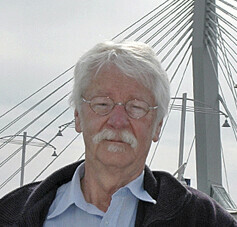 Garth has drawn and painted most of his life.

Work and travel took him away from his art for a few years, but he never lost sight of his dream to pursue art in a fashion he could only imagine.

Garth pursued his art interests using regular pencils and coloured pencils, ink, pastels, oils, acrylics and watercolour, the latter being his passion. His art subjects include landscapes, structures, people (posed and non-posed), animals and abstracts, each with its own unique challenge. People are his passion and he has been commissioned to do portraits as well as other subjects. Garth spent two years in Mbarara, Uganda, teaching school at which time he kept his art alive by drawing or painting the people, places and animals he encountered.

His works have sold in Uganda, Kenya, Tanzania, the U.K., Ireland, Scotland, the United States and Canada. An electronic reproduction of Garth’s works was juried and accepted in the Gaudemater Gallery, Czestochowa, Poland and the Avisen-avk Art Gallery, Denmark. Garth’s artwork came in second in the Light, Space and Time, On-line Art Gallery contest that included 750 entries from around the world. Garth has exhibited at the Wayne Arthur Gallery, the Gwen Fox Gallery, the Pinawa Exhibit. Garth has taught watercolour at the Forum Art Centre, Winnipeg, the Gwen Fox Gallery, Selkirk and held various workshops around the province of Manitoba.

Garth’s art can be seen at his website www.garthpalanuk.com.